A New Era of Disease: Did We Miss the Memo?

A new “era of disease” has quietly descended upon the U.S. In the past generation alone, 36 fast-growing chronic diseases and conditions more than doubled. 20 more than tripled. 16 more than quadrupled. At least 170 million Americans are now affected. (1)

The Diseases of Civilization

Two characteristics make these chronic diseases and conditions part of a new “era of disease.” First, they are all germless. These conditions are not contagious, nor are they spread by bacteria, viruses, molds or parasites. Instead, scientists believe they are caused by something in our diet, lifestyle or environment. They are man-made. These are called the diseases of civilization. 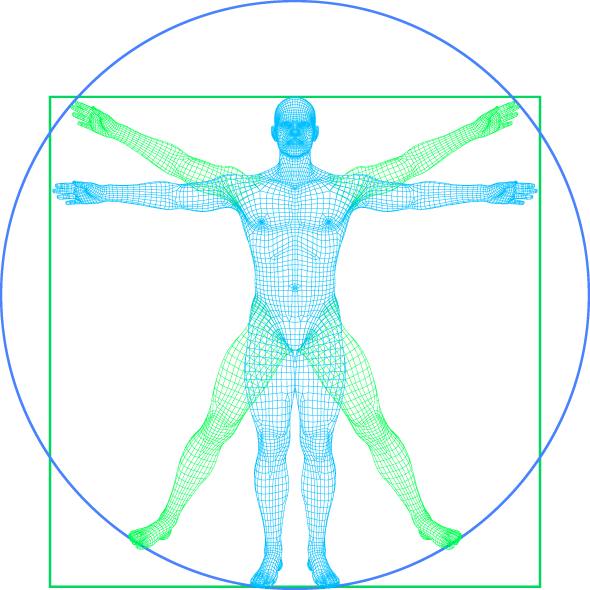 An Era of Disease with No Cures

Secondly, there are no apparent cures for these diseases and conditions. While it is true that many may be preventable by changing your lifestyle or diet; easy cures remain elusive. In fact, there are no recognized cures for any of 36 fastest- growing diseases, which are affecting more than half of all Americans. But while prevention holds some hope, it may not be an easy road.

A real dilemma is created by environmental causes of these diseases. While avoiding dietary triggers like sugar and lifestyle factors like poor sleep habits seem straightforward, dodging environmental factors is more problematic. How do we avoid exposures to chemicals or electromagnetic radiation (EMR), two realities of our brave new world? Both environmental factors have proliferated since 1990 and have been strongly associated with the US health crisis.

Few have recognized that the most prolific health crisis in the history of mankind is currently plaguing the US. Despite an annual economic burden of nearly $3 trillion, which is imposed by just 36 fast-growing chronic conditions, there has been virtually no public attention paid to this issue. No TIME magazine cover story. No 60 Minutes special. No Washington Post investigative reporting. No political debate. Only silence.

The rest of us are left wondering,
“Did we miss the memo?”

A Single Molecule to Blame?

“The Root Cause in the Dramatic Rise of Chronic Disease” links a single molecule to all 36 diseases studied. This connection suggests a possible path for identifying a cure. If this molecule can be controlled, it could mean the reduction or elimination of dozens of devastating diseases and medical conditions. Here is a sampling of chronic conditions, all of which have more than doubled since 1990:

Today, these chronic conditions and diseases cripple the productivity of more than half of the US population at a cost of more than $1.3 trillion. If, as many scientists believe, a single, controllable, molecule sits at the heart of this health crisis, we must be closing-in on a cure for three dozen chronic diseases! Correct? Well, actually, no.

More Silence in the Media and Political Arena

I submitted these findings to the US President, several prestigious investigative news organizations and a half dozen members of the 115th Congress. No response. While more than 3,300 scientists and researchers have already read the “Root Cause” paper on ResearchGate, there seems to be little or no interest within the media or political arena. The US is presently experiencing a serious health crisis and yet, the public remains both unaware of the scope of the epidemic itself and the fact that root causes may already be known. Meanwhile, the average American suffers from 2.1 chronic diseases or conditions. In the political arena, the debate on health care rages on. Health costs are spiraling out of control. Yet, why is there silence on the actual health crisis itself?

Much of the scientific community has been keenly aware of the connection between a single molecule, called peroxynitrite, and chronic disease for more than a decade. To simplify, let’s call peroxynitrite, P. According to a top team of scientists at the National Institutes of Health (NIH), P is associated with more than sixty chronic diseases. In their landmark paper, “Nitric Oxide and Peroxynitrite in Health and Disease” the NIH team establishes P as one of the most devastating molecules created in the human body. In addition to linking it to more than 100 biological disruptions, the NIH team connects P with cancer, heart disease, diabetes, kidney disease and multiple neurodegenerative diseases like Parkinson’s and Alzheimer’s. This paper was published eleven years ago.

Hundreds of scientists have shown that P both causes and acts in concert with other biological factors like chronic inflammation and high levels of free radicals (oxidative stress). It also cripples the mitochondria’s ability to create energy (ATP). These four biomarkers are highly correlated to most of the diseases of civilization, including all 36 fast-growing diseases. According to US government website, PUBMED, at least 8,000 studies con rm more than 100 biological impacts and the extensive biochemical havoc P creates.

Still, most physicians and medical practitioners remain in the dark. Both causes and cures for chronic illness remain elusive. For most germless, chronic conditions, doctors have only a handful of theories. And there is little consensus. Even fewer have answers for cures. Most physicians have never heard of peroxynitrite. Shockingly, the insights of more than 8000 studies has not made its way through to the medical community. The best doctors can do is prescribe drugs for symptom management. This leaves the rest of us suffering from at least one chronic condition. This reality often means a life sentence for taking prescription medicine. Cures and causes remain elusive.

If Scientists know, why don’t we know?

When I discovered the crucial role P plays in the explosion of chronic disease, I contacted Dr. Pal Pacher, the lead author from the landmark NIH paper mentioned earlier. I asked Dr. Pacher, “Why don’t we know about peroxynitrite’s role in chronic disease?” He quickly responded that some pharmaceutical companies had tried to create a prescription drug to eliminate P. However, these drug companies gave up because they were unable to synthesize a clean drug for public use. I was stunned. I was actually intending a much larger question. So I repeated it: “Why don’t ‘we’ know? I mean, why doesn’t the public know?” Silence.

A chilling implication hung in the air. Could it be that both the medical community and the public are wholly dependent on the pharmaceutical industry to communicate scientific breakthroughs? Dr. Pacher’s response seems to suggest this harsh reality. This troubling realization points to a huge aw in how science generally gets translated into clinical medicine. Though the scientific community is firmly aware of the role P plays in disease, physicians and the medical community, in general, have never heard of peroxynitrite. While disturbing in itself, what follows evokes an even more frightening question. Does this mean that unless scientific breakthroughs are successfully translated into prescription drugs or medical products, the medical community and the general public is left in the dark?

Later, I discovered more than 20 natural scavengers which can reduce, or possibly eliminate P. Herbs, spices and supplements like cloves, turmeric, mega doses of citric acid, vitamin E, ginger, rosemary, green tea and garlic are all capable of reducing levels of P. That’s when the light bulb really went on. Two epiphanies suddenly exploded into view.

First, why would any pharmaceutical company create a wonder drug that could eliminate disease for 170 million people? This single drug could potentially eliminate the need for hundreds of already successful drugs overnight. Profits would plummet. Shareholders would not be happy.

Second, if there are really so many natural scavengers for P, pharmaceutical companies have little incentive to sink R&D costs into creating a drug to reduce or eliminate it.

Despite the existence of extraordinary science on peroxynitrite, which potentially reveals the root cause of chronic disease, flaws in the current health care system prevent these crucial insights from getting through. Consequently, nearly 53% of Americans are left without access to possible cures and helpful treatments for more than three dozen diseases!

Did we really miss the Memo?

Questions remain. Why hasn’t the public been informed about the scope and cost of the huge health crisis that is currently plaguing the US? What is preventing the scientific insights from more than 14,000 studies on peroxynitrite and the other related biological factors from finding their way through the system? Why are most of us still in the dark?

Yes, it looks like we’ve
completely missed the memo.

Or more accurately - there never was one.

The more we learn of this story, the more questions arise: Why do our politicians and the media remain silent? Will at least one courageous journalist rise up and look a little deeper at this crucial social issue? Will someone in Congress finally call for an investigation into the sudden explosion of so many diseases of civilization in the US?

There is substantial evidence that this new “era of disease” is real. Neurological and autoimmune diseases are sky- rocketing. Obesity and sleep issues each a affect more than 100 million Americans. Together, government websites like the CDC, NCBI and NIH report more than 700 million reported cases for just 36 chronic diseases and conditions in the US. More than 400 million new cases have been diagnosed in a single generation.

We are experiencing a US health crisis of epic proportions, yet:
“When will we nally get the memo?”